Thank you to everyone who participated in our 2014 workshop. We hope you had a productive time!

Our second Integrable Systems Workshop was held at the School of Mathematics and Statistics, the University of Sydney on 4 – 5 December 2014.

These dates immediately precede the 8th Australia-New Zealand Mathematics Convention, held in Melbourne 8 – 12 December 2014, which you may also wish to attend. 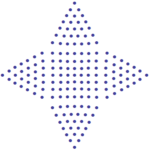 I will consider equations that represent a constancy condition for a 2D Wronskian, mixed Wronskian-Casoratian and 2D Casoratian. For these equations I construct complete sets of integrals (along with the corresponding integrating factors).
On the other hand, the recurrent formulas for the leading principal minors are equivalent to the 2D Toda equation and its semi-discrete and lattice analogues with particular boundary conditions (cut-off constraints). This connection is used to obtain recurrent formulas and closed-form expressions for integrals of the Toda-type equations from the integrals of the determinantal equations.
I will also consider construction of general solutions for the equations in question.

Holger Dullin: A Lax-pair for a truncation of the Euler fluid flow on the rotating sphere

Zeitlin gave a finite-dimensional Poisson structure that can be used to give structure preserving approximations to the Euler fluid flow on the sphere. We show that low order truncations of these systems are (super)integrable and have many interesting properties. They posses two different Lax pairs, and have a momentum map whose image is a rational polytope.

The asymmetric exclusion process is a one dimensional stochastic process of particle diffusion. This model is Yang-Baxter integrable and the stationary state as well as relaxation rate of the model can be determined analytically. The integrability allows for the construction of a natural inhomogeneous deformation, for which the stationary state can be shown to satisfy the q-deformed Knizhnik-Zamolodchikov equation. We describe the solutions to this equation and their relations to the theory of Macdonald and Koornwinder polynomials.

Based on a recursive factorisation technique, we show how integrable difference equations give rise to recurrences which possess the Laurent property. We demonstrate that the same technique also provides a proof of the Laurent property. Illustrate this idea, we derive novel Somos 4 sequences whose coefficients are periodic functions in 4 variables with period 8, as well as Somos 5 sequences with periodic coefficients, in 5 variables, with period 7, and we prove they are Laurent phenomenon sequences.

Let τndenote the terms of a Somos 4 sequence whose initial values are τ1=τ2=τ3=τ4=1. It is well known, and due to the Laurent property, that the sequence is integral (or polynomial if parameters are present). We show that τn is a divisor of τn+k(2n-5) for all n,k∈ℤ and establish a similar result for the Somos 5 sequence.

We discuss (novel) algebraic and geometric properties of a “fundamental” discrete integrable system which appears in various guises in the (geometric) theory of integrable systems, both continuous and discrete.

Dinh Tran: A Lax pair for an asymmetric lattice equation

In this talk, we present some integrable lattice equations with multi-parameters. These equations are obtained by applying a ‘double twist’ to known integrable equations. In particular, using a limit of a multi-parametric version of Q_1, we  are able to derive a Lax pair for an asymmetric equation given by Hietarinta and Viallet (2009).

Modern integrable systems theory owes much to the mathematical community centred in Paris during the latter part of the 19th century, as is widely acknowledged. Mathematicians such as Lie, Darboux, Cartan and Painlevé, to cite just a few, made remarkable contributions which still provide enormous inspiration and important insights in the field of integrable systems and related areas. A less well known figure that belonged to the Paris mathematical community of the period was the distinguished mathematician Ernest Vessiot (1865-1952). I will describe some of Vessiot’s contributions published in two important papers of the early 1940’s which completely renovated over a century of research in the theory of partial differential equations. These contributions have inspired very recent work leading to a satisfying general theory of “geometric integrability”.

I will show how the singularity structure shapes the evolution of birational discrete systems, suggesting changes of variables which automatically provide us with exact evaluation of the algebraic entropy, (generalised) Hirota type of description, and remarkable factorisation properties beyond ‘Laurentness’.

Cauchy and Littlewood identities are cornerstone results in the theory of symmetric functions. They equate infinite sums of symmetric polynomials in given alphabets with simple product expressions over the elements in the alphabets. Among their many applications and interpretations, they can be considered as generating functions of plane partitions. We will discuss some recent refinements of these identities, which evaluate to partition functions of the six-vertex model on specific domains. These partition functions are multi-parameter generating functions of symmetry classes of alternating-sign matrices.
This is based on joint work with Dan Betea and Paul Zinn-Justin.

The method of deautonomisation consists in treating free parameters that appear in an integrable mapping as functions of the independent variable, the precise expressions of which are to be determined with the help of an integrability detector. Standard practice is to use the singularity confinement criterion and to require that singularities be confined at the very first opportunity. An algebro-geometrical analysis will show that confinement at a later stage results in nonintegrability of the deautonomized system, thus justifying the standard singularity confinement approach. It will be shown on some selected examples of discrete Painleve equations, how their regularisation through blow-up yields exactly the same conditions on the parameters in the mapping as the singularity confinement criterion. Moreover, it will be shown that for all these examples, these conditions are in fact equivalent to the action of a linear transformation on part of the Picard group, induced by the blow-up.

Da-jun Zhang: Some results on solutions to lattice equations 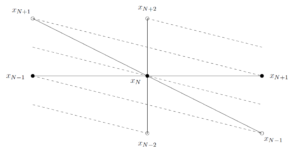