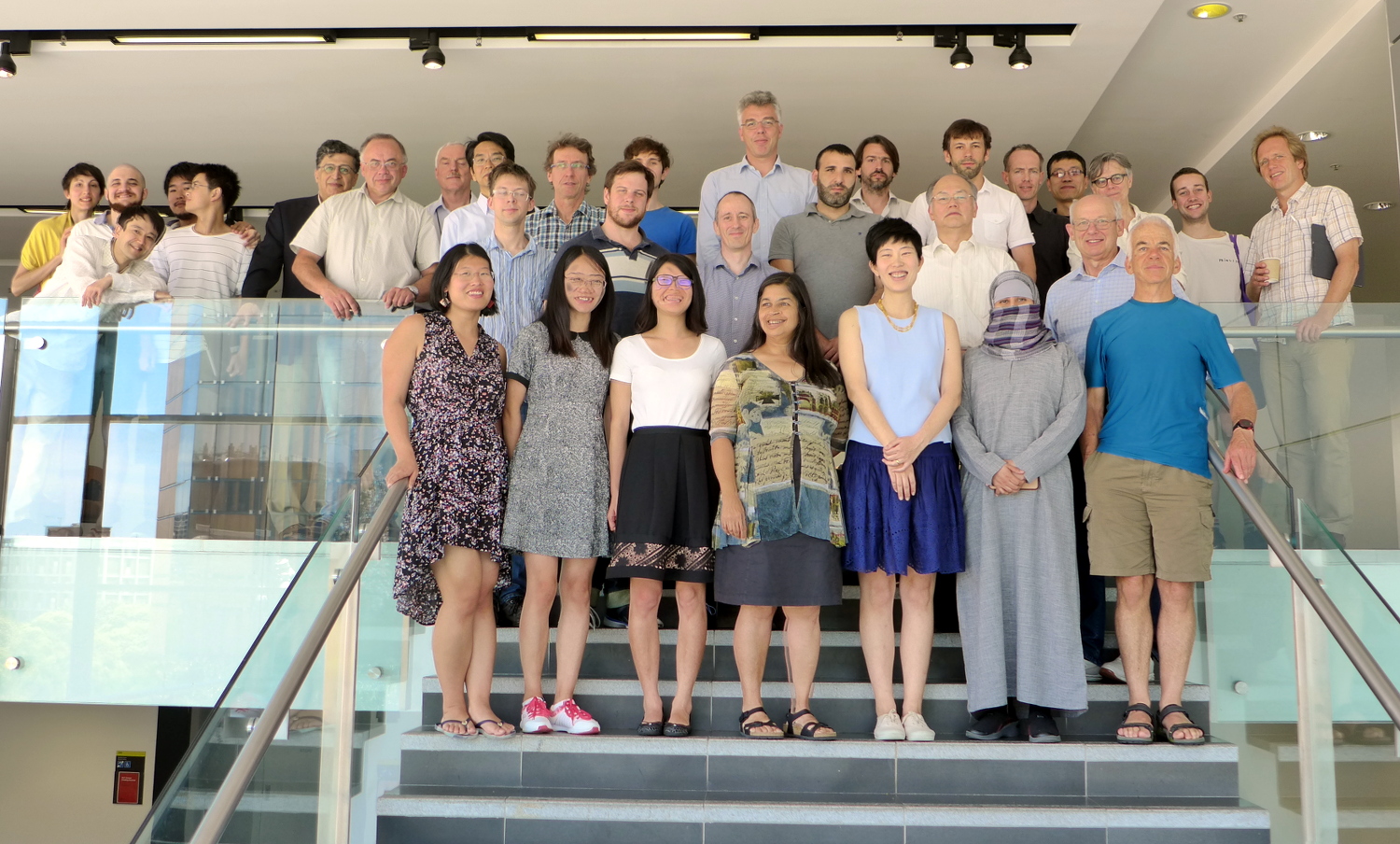 We hosted our fourth annual Workshop on Integrable Systems on 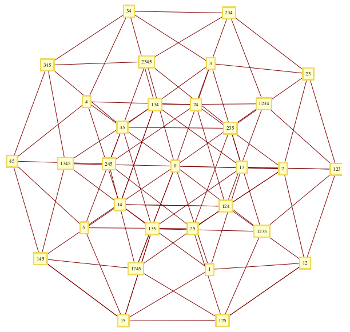 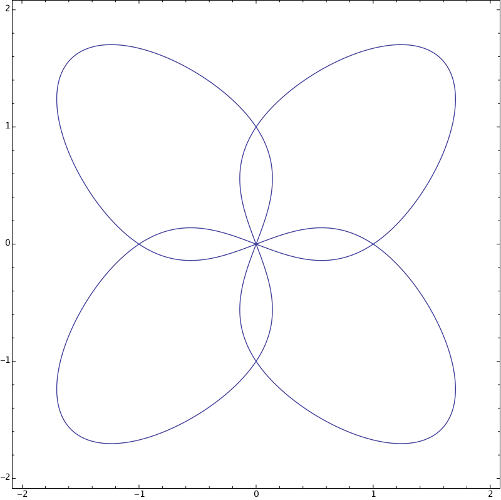 The Workshop will be held in New Law School Annexe, Level 4, Seminar room 444. 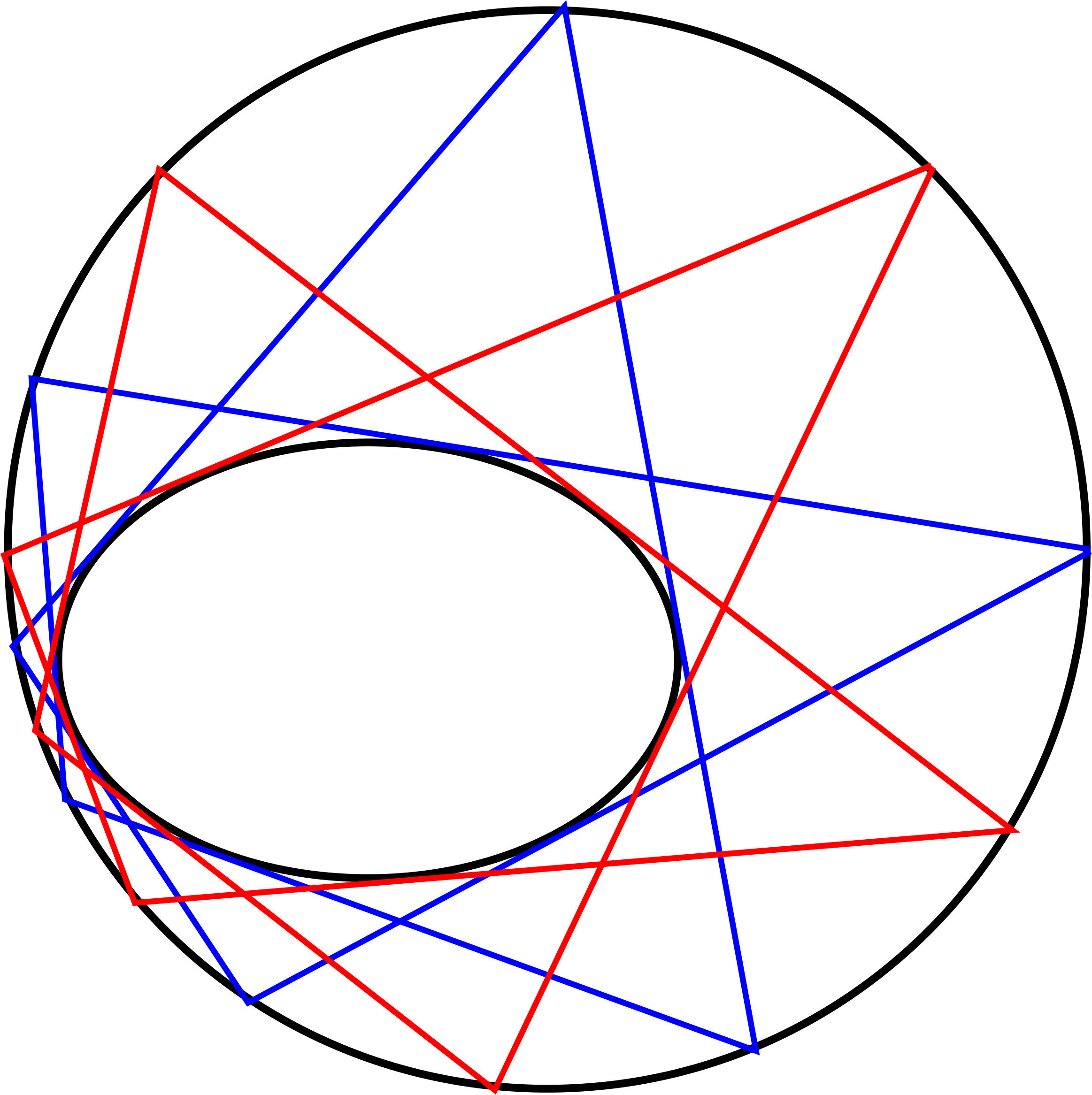 Murray Batchelor: Free parafermions
I will discuss some properties of a remarkably simple N-state spin chain discovered by Rodney Baxter in 1989 which Paul Fendley pointed out recently is described by free parafermions.
Vladimir Bazhanov: Bukhvostov-Lipatov model and duality of quantum and classical systems
Bukhvostov and Lipatov have shown that weakly interacting instantons and anti-instantons in the O(3) non-linear sigma model in two dimensions are described by an exactly soluble model containing two coupled Dirac fermions. We propose an exact formula for the vacuum energy of the model for twisted boundary conditions, expressing it through a special solution of the classical sinh-Gordon equation. The formula perfectly matches predictions of the standard renormalized perturbation theory at weak couplings as well as the conformal perturbation theory at short distances. The description of the vacuum state energy of the quantum model in terms of the classical sinh-Gordon equation can be viewed as an instance of a remarkable, albeit unusual correspondence between integrable quantum field theories and integrable classical field theories in two dimensions, which cannot be expected from the standard quantum–classical correspondence principle.
Gary Bosnjak: Construction of R-Matrices related to sl(n)
In this talk we will overview a 3D approach to constructing R-matrices related to Uq(sln). We derive an explicit formula for matrix elements in the case of symmetric tensor representations with arbitrary weights. We will show this formula has a neat factorised form which allows us to give a simple proof that the R-Matrix can be stochastic. We may also mention some alternative constructions and talk about generalising these results.
Harry Braden: On the Construction of Monopoles
Although the study of BPS monopoles is now over 30 years old there are still few analytic results known for the Higgs and gauge fields. For su(2) monopoles without spherical or axial symmetry the only known results are for the Higgs field on a coordinate axis for charge 2. By combining integrable systems and twistor constructions we show how the problem becomes algebraic in an appropriate gauge. The approach will be illustrated by presenting the general charge 2 fields.
Dmitry Demskoy: Recursion operators of hyperbolic equations
A recursion operator encodes information about the whole hierarchy of integrable equations. In principle, it allows one to study an equation with the same fullness as it is possible by using a Lax pair. We observe that recursion operators of hyperbolic equations that degenerate into Darboux-integrable equations have a special structure. This observation is used to find new recursion operators for some Lagrangian systems of sine-Gordon type.
Holger Dullin: Toric, Semi-Toric, and beyond
Toric integrable systems with their momentum maps whose images are rational polytopes are well understood. More recently San Vu Ngoc and Alvaro Pelayo classified semi-toric system in two degrees of freedom with additional singularities of focus-focus type. I will briefly review both toric and semi-toric systems. Then I will show that semi-toric systems can always be deformed such that the global circle action remains intact, but the focus-focus point is replaced by an elliptic-elliptic point and possibly additional singularities, some of which are hyperbolic (joint work with Alvaro Pelayo [1]). This deformation is inspired by the Hamiltonian Hopf bifurcation, well known in dynamical systems. This mechanics can be used to deform toric systems into semi-toric systems, and also to deform semi-toric systems into hyperbolic semi-toric systems. I will discuss some examples of such deformations (joint work with Joachim Worthington [2]) and the behaviour of the joint spectrum of the corresponding integrable quantum systems.
[1] Holger R. Dullin and Alvaro Pelayo. Generating hyperbolic singularities in semitoric systems via Hopf bifurcations. Journal of Nonlinear Science, 26(3), pp 787-811, 2016.
[2] Holger R. Dullin and Joachim Worthington. The polygonal invariant of a deformed spin-oscillator with hyperbolic singularities. (in preparation)
Omar Foda: Refining the topological vertex
I would like to introduce the topological vertex, explain how it can be used to construct conformal blocks in 2D conformal field theories, recall its known refinement, then discuss an additional Macdonald-type refinement recently obtained in joint work with J F Wu (Beijing).
Jan de Gier: Matrix product for Macdonald polynomials and generalisations
New formulas for Macdonald polynomials were recently found using matrix products based on high rank bosonic L-matrix solutions of the Yang-Baxter equation. These formulas lead to natural generalisations of Macdonald polynomials using other L-matrix solutions, and in particular unify Macdonald polynomials with recently defined spin s generalisations of Hall-Littlewood polynomials by Borodin and Petrov.
Anthony J. Guttmann: Pattern-avoiding permutations and integrability
Permutations that avoid sub-permutations have a long history in algebraic combinatorics and theoretical computer science. Some such problems are solvable and others appear not to be. While there is no natural Tang-Baxter equation, a number of problems in statistical mechanics and other fields can be related to pattern-avoiding permutations. We will discuss these connections, and give some results that we have recently obtained.
Joint work with Andrew Elvey-Price and Andrew Conway, all from The University of Melbourne. 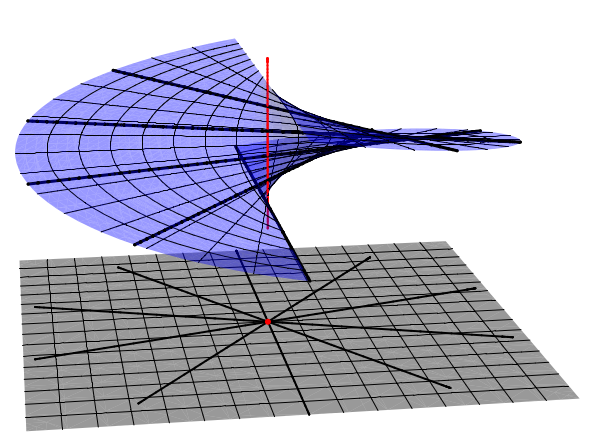 In the days preceding the Workshop, Yasuhiko Yamada will give a series of lectures on the Pade approach for constructing isomonodromic equations for nonlinear differential and discrete integrable systems. The lectures should be suitable for staff, post-graduate students and honours students.

Lecture series: Introduction to Pade method
Isomonodromic equations such as Painlevé and Garnier equations are very important class of nonlinear differential equations. On the discrete analog of these equations, much progress has been made over the last decades. In this series of lectures, I will explain a very simple method to approach the isomonodromy equations, both differential and discrete, based on the Padé approximation.
Monday, 28 November, 10am-11:30am: Pade approximation
For a given function ψ(x), the Padé approximation supply a rational function P(x)/Q(x) as an approximation of ψ(x). We consider the linear differential equations for y(x) satisfied by y(x)=P(x) and y(x)=ψ(x)Q(x), and explain how to compute them in explicit examples. By choosing the function ψ(x) suitably, the linear differential equations give the Lax pair for Painlevé type equations.
Monday, 28 November, 2pm-3:30pm: Schur function formula
In case of ψ(x)=Σpixi, an explicit formula of the polynomials P(x),Q(x) is known. The polynomials are given in terms of the some determinants (Schur functions) with entries pi. This formula is useful to obtain special solutions of the Painlevé type equations.
Tuesday, 29 November, 10am-11:30am: Discrete case
We consider the Padé approximation where the function ψ is given in terms of qq-Pochhammer symbols. Then the qq-difference Painlevé equations and their special solutions are obtained.
Tuesday, 29 November, 2pm-3:30pm: Padé interpolation
We study the discrete Painlevé equations by using the Padé interpolation. The Padé interpolation is a discrete version of the Padé approximation and it is older than the usual differential case. The explicit formula for P(x),Q(x) are known by Cauchy and Jacobi.
Wednesday, 30 November, 10am-noon: Generalizations
I will discuss various generalizations such as higher-order/higher-rank, qq-difference/elliptic-difference, multiple Padé approximation (by Hermite) etc, as long as time permits.
The special lecture series will be held in the New Law School Lecture Theatre 026. 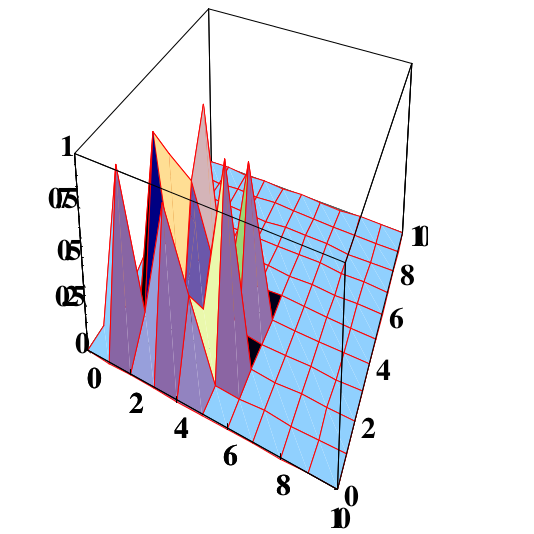 Register by emailing the organisers at: integrable@maths.usyd.edu.au
Registrations close on 1 November 2016.